Today is Ash Wednesday, which marks the beginning of Lent, the 40 day period before the Easter holiday.  Carnival/Carnaval/Carnevale/Mardi Gras type holidays all take place the day before Ash Wednesday, or sometimes for several weeks leading up to it.  Most countries with a Christian population have their own unique way of celebrating.  During Lent, people are supposed to fast and restrain from any kind of indulgent behavior.  This meant that in the days leading up to Lent, all rich foods and drink had to be consumed or disposed of.  The consumption of all of the rich foods and drink became a community-wide celebration, and this is thought to be the origin of Carnival.  However, all celebrations have a local flavor that is derived from pre-Christian folk traditions.  This is why Carnival celebrations around the world are so diverse.
Rio de Janeiro, Brazil 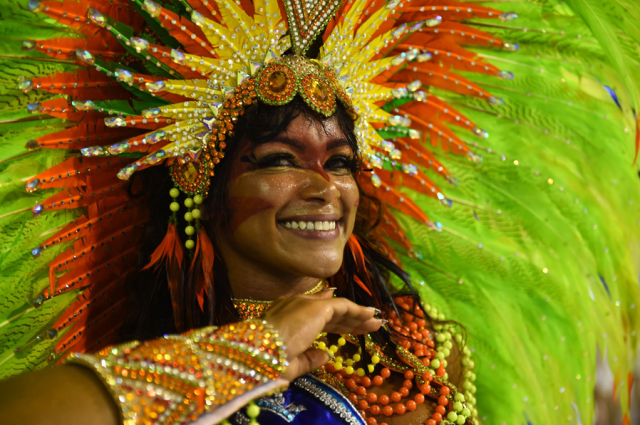 The largest and most famous Carnaval celebration is Carnaval in Rio de Janeiro, Brazil.  It is organized by the city’s samba schools, which are associated with specific neighborhoods and have thousands of members.  These schools spend all year preparing for the celebration.  A huge parade is held at the city’s Sambodromo, or Sambadrome.   The celebration can also be seen on film in Marcel Camus’ 1959 Orfeu Negro, or Black Orpheus.  It is a beautiful film set during the city’s Carnaval celebration and is an adaptation of the Greek Orpheus myth.  It is particularly noted for its soundtrack, and certain songs have become bossa nova classics.
Venice, Italy

Venice, Italy has an equally fabulous Carnevale, but is very different in theme from Rio de Janeiro’s celebration.  The Venetian Carnevale has a Renaissance theme, in keeping with the history and culture of the city.  Party-goers wear elaborate Renaissance costumes, wigs, and masks, and attend masquerade balls held in former palaces.  The celebrations and fireworks are centered around the Piazza de San Marco.
Lesaka, Spain 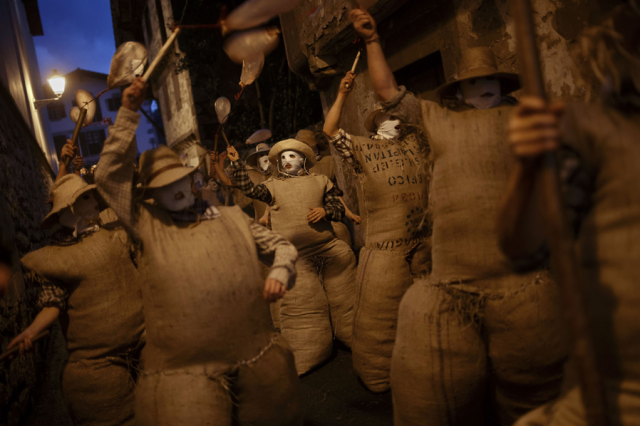 In Lesaka, Spain, in the province of Navarra, men dressed as “Zaku Zaharrak” (“old sack” in the Basque language) are supposed to be the strongest men in the village.  They are meant to defend the villagers, dressed as “txatxos” in more colorful costumes, from the evil bandit Miel Otxin. In this area of Spain and southern France, the Basque language is dominant, which is very interesting because it is actually not related to any other known language on the planet.
San Fernando, Trinidad

Carnaval on the island of Trinidad and Tobago reflects the multicultural heritage of all the Caribbean islands.  It is particularly influenced by the history of African slaves and Indian indentured servants, who were excluded from the French plantation owners’ celebrations.  Party-goers here take part in steel band competitions and parades, where local folklore dominates and participants dress as monsters and demons.
Ivrea, Italy

In the northern Italian town of Ivrea, citizens divide into two teams and wage an epic battle of pelting each other with oranges.  Helmets and protective gear are worn.  It is a recreation of a Middle Ages battle when the townspeople overthrew an evil king.
Oruro, Bolivia 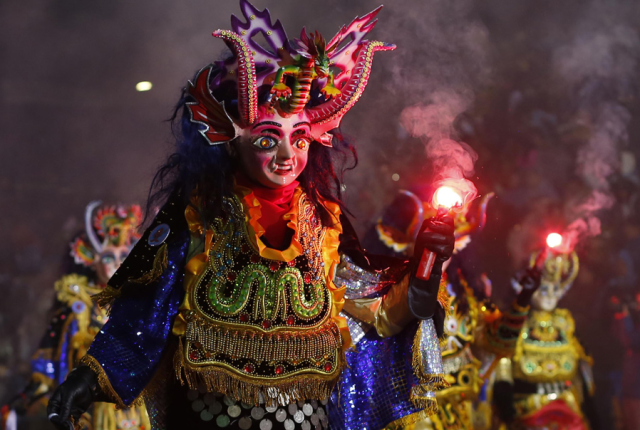 During Carnaval in Oruro, Bolivia, dancers perform a traditional diablada, or dance of the devils.  It is religious celebration that incorporates many pre-Hispanic elements.  The entire event is designated as a UNESCO Masterpiece of the Oral and Intangible Heritage of Humanity.
As you can see, Carnaval celebrations around the world are incredibly diverse and are shaped by local history and culture.  What they all have in common, however, is a feeling of celebration, local pride, and role reversals, where those who were historically subjugated are in charge.
Thanks to The Atlantic for the fabulous photographs.  To learn more, check out these articles: