Atlantis might still be lost, but another ancient city of mythical proportions has just been discovered in a remote section of the rain forest in Honduras.  It was discovered in an untouched section of the forest, where the wildlife had never had any human contact.  This was evident by the fact that the animals explored the researchers’ camp without hesitation.  This lost city in Honduras is from a vanished culture that has been so little studied that it does not even have a name.  Researchers believe the artifacts discovered at the site date from 1000-1400 C.E.  It is a real-life Indiana Jones story, and the author who wrote an article about the discovery for National Geographic Magazine is actually Douglas Preston, famous for his archaeological murder mystery suspense novel series featuring Special Agent Pendergast.  In addition to his suspense fiction, Preston is also a well-respected cultural and environmental non-fiction writer and contributor to such magazines as National Geographic, Smithsonian, The New Yorker, and Harper’s.  Many of his books are in the collection here at the McAllen Public Library. 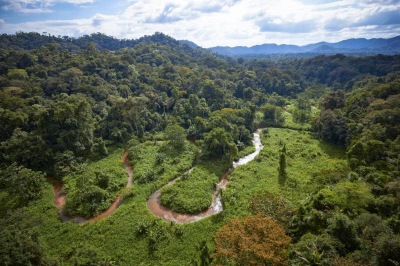 The archaeological site consists of “extensive plazas, earthworks, mounds, and an earthen pyramid belonging to a culture that thrived a thousand years ago, and then vanished.   The team, which returned from the site last Wednesday, also discovered a remarkable cache of stone sculptures that had lain untouched since the city was abandoned.”  An archaeologist from the team said that the pristine and unlooted condition of the site is incredibly rare.  To keep the site secure, its location is being kept secret. 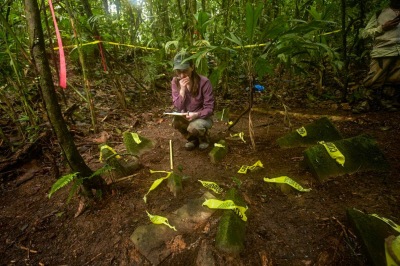 It was discovered in the same area where the legendary “White City” was thought to have existed.  “For a hundred years, explorers and prospectors told tales of the white ramparts of a lost city glimpsed above the jungle foliage. Indigenous stories speak of a “white house” or a “place of cacao” where Indians took refuge from Spanish conquistadores—a mystical, Eden-like paradise from which no one ever returned.”  There have been several expeditions to discover this “White City” since the 1920’s.  The most famous was in 1940, when the eccentric explorer Theodore Morde returned from the region with thousands of artifacts, claiming he had discovered the lost city.  However, he never revealed its location out of fear of the site being looted.  He later committed suicide and took the location of the site to his grave. 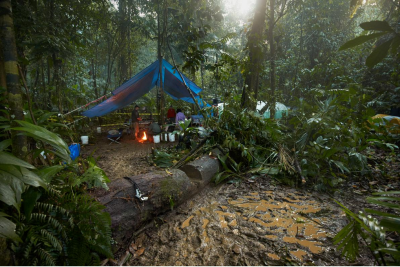 In 2012, some documentary film makers discovered the current site with the help of a lidar scanner borrowed from the University of Houston.  The scanner was able to penetrate the forest foliage and detect changes in topography of the ground.  This is how they found that a large section of the terrain had been formed by human hands.  A ground team was not sent in to investigate the site until just recently, but they confirmed that it is in fact a lost, ancient city dating from one thousand years ago.

However, archaeologists no longer believe in the existence a solitary “White City.”  They believe there are many such lost cities in the region, “which taken together represent something far more important- the rediscovery of a lost civilization.”

All quotes and pictures (except the first one of Atlantis) are from this National Geographic article.
This kind of discovery of lost cities and civilizations is the inspiration for many novels.  Here are a few we have at the McAllen Public Library:
The Just City by Jo Walton
Atlantis, and other places by Harry Turtledove
Relic by Douglas Preston and Lincoln Child
Lost City of the Templars by Paul Christopher
The Death Relic by Chris Kuzneski
Beautiful Sacrifice by Elizabeth Lowell
Existence by David Brin
The Unspoken by Heather Graham
The Devil Colony by James Rollins
And a couple of non-fiction titles:
The Lost City of Z by David Grann
The Atlas of Lost Cities: legendary cities rediscovered by Brenda Rosen

2 thoughts on “The Lost City”