Future dystopian fiction is a subgenre of science fiction, in which the setting is a future society under some sort of oppressive, authoritarian regime.  This subgenre has been around for decades and has always had a loyal fan base, but ever since the mega-hit Hunger Games trilogy several years ago, the future dystopian subgenre has soared in popularity.  After the Hunger Games trilogy came the equally popular Divergent series (all of which we have here at the McAllen Public Library).  The popularity of future dystopian fiction spans from the teen audience to the mainstream adult audience, and from popular fiction to classic literature.  Last week, it was reported in multiple news outlets that many classic future dystopian novels, including George Orwell’s 1984, have once again soared to the top of bestseller lists.

This week, we present to you a list of popular and classic future dystopian novels which you might enjoy:

Margaret Atwood, Oryx and Crake, The Year of the Flood, MaddAddam

Don Bredes, Polly and the One and Only World

Philip K. Dick, The Man in the High Castle

Chang-Rae Lee, On Such a Full Sea 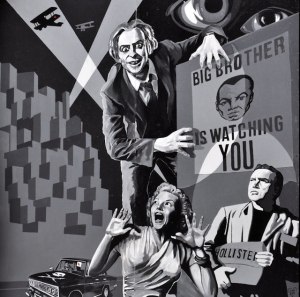 Johanna Sinisalo, The Core of the Sun

One thought on “A Future Dystopia”